Weather as a Commodity

A surging increase in weather and spatial data demands within the financial and banking fraternity has led remote sensing data to pave its way into the world’s financial capitals. Hedge Funds now employ a variety of techniques to track weather fluctuation in order to get a cutting edge over competitors and to increase their profit margins.

Major hedge funds and investment banking firms have shown immense interest in weather data due to the substantial impact weather has on a business’ supply and demand and subsequently on the economy as a whole. In 2011, National Centre of Atmospheric Research (NCAR) scientists argued that weather variations on the economy cost as much as 3.4 % of the entire US gross domestic product, which quantifies to approximately $ 485 billion, plus or minus $240 billion(www.accuweather.com). While extreme weather conditions may have drastic and direct impacts on the economy as a whole, day-to-day fluctuations still have substantial implications in the performance of many industries.

David Mericle, a Goldman Sachs economist, summarizes the linkage between weather fluctuation and economic performance by arguing a cause and effect relationship between transitory weather and the ‘2014 economic slowdown’. In addition, he projected the volatile nature of weather on economic performance by speculating that the 2014 first quarter performance would drop by 0.5 and the second quarter would illustrate a 0.5% to 0.75% boost. Combined with previous research conducted, Mericle asserts that colder weather impacts employment indicators (payrolls, hours worked and jobless claims) and other housing indicators (namely construction) negatively(www.businessinsider.com). Routine weather fluctuations pose risks to a business volumetric dimensions. Rather than directly affecting price of a commodity, the risks daily weather changes pose on businesses are commonly in the form of ‘volume risks’. These are defined to be unexpected deviations in product origination volumes from budgeted or expected sales volume figures due to internal or external factors (www.openriskmanual.org).

In order to maximize profit margins  (or rather to minimize losses) as optimally as possible despite volatility in daily weather fluctuations, hedge funds and other financial institutions have begun to treat ‘weather’ itself as a commodity.

Behind the buying and selling of ‘weather’

Hedge funds have concocted a way to trade ‘weather’ as any other commodity. In the late 1990s, financial institutions began trading weather derivatives. These financial instruments are used in order to manage the risk posed by adverse weather conditions. Although similar in principle, primary differences characterise weather insurance and weather derivatives. While insurance minimizes risk by guaranteeing coverage in the events of damage caused during extreme weather conditions (high risk-low probability events), derivatives are risk management products  that are hedged against a particular weather index, such as temperature, wind velocity, millimetres of rainfall, snow level etc. Instead of compensating losses caused by damages in the events of a weather-based disaster, derivatives rely on routine weather (low risk- high probability) speculations made in hindsight. Major financial institutions like the Chicago Mercantile Exchange (CME) trade these derivatives on a day to day basis.

Hence when dealing with weather derivatives, accurate and real-time data on weather-based variables, such as rainfall estimates, temperature, humidity etc. are particularly salient to hedge funds in their profit-maximizing strategies. Accuracy in data collection is substantially increased when remote sensing data and ground-based data are used and interpreted simultaneously. This method of investigating the accuracy of data sets is re-asserted by Khorram (2012) as he explains that remote sensing data should be used in sync with reference (ground-based) data for optimal assessments.

A trend involving higher demands of satellite data has been initiated amongst major Wall Street firms and other financial institutions. A legacy has been created by RS Metrics LLC., a provider of satellite imagery and quantitative analysis, ever since they forecasted Walmart’s second quarter customer traffic in 2011 using satellite images of parking lot traffic measurements. Subsequently, top banks like Goldman Sachs, are in constant contact with data vendors in order to detect trends and trajectories of business performances and how they reflect on stock prices. Remote sensors, providing data on a real-time basis, benefits financial institutions that require updated information that suggest influences on how much a business’ shares are valued.

Despite the entire hedge fund industry lost approximately $15 billion in business assets in the first quarter of 2016, Cumulus Energy Fund proved its aptitude by generating a 99.6% return on all investments. Having incorporated a weather-based investment strategy, the London-based energy fund was able to boast a zero-correlation to the S&P 500 index or the S&P GS Commodity index in 2016. This strategy entailed employing weather analysts and meteorologists who would analyse remote sensing and ground-based weather data in order to come to detect disparities for arbitrage opportunities. Now Cumulus manages roughly $2.3 billion in business assets which sums up to a return of 970% since they commenced their operations. In consequence, the finance industry is starting to rely more on ‘Alternative Data’ , including satellite data. Many hedge funds are now turning into ‘quant funds’, by using quantitative and statistical analysis of these ‘alternative data’ in order to have a competitive edge over other firms in the industry. (www.ft.com) 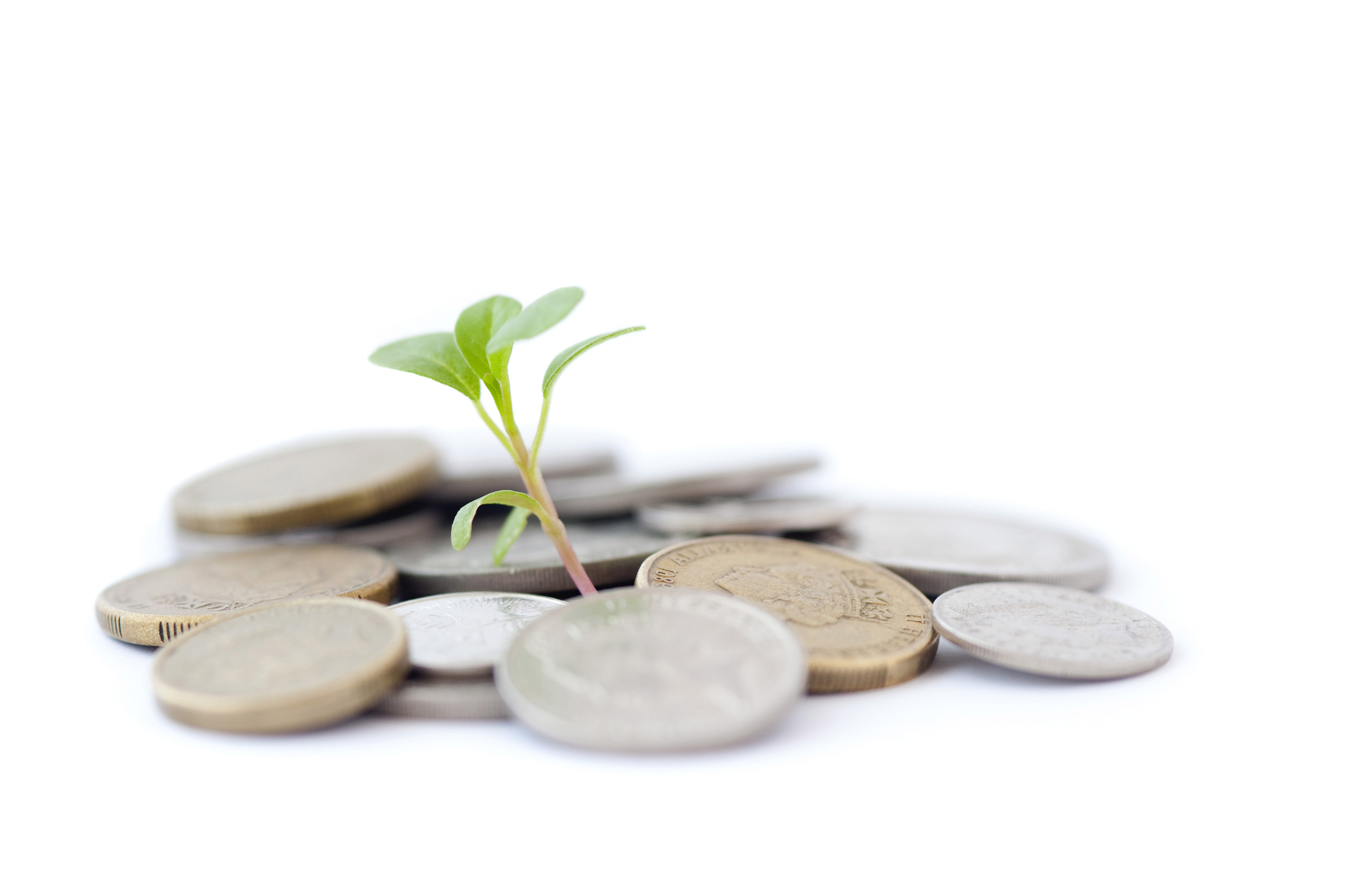 Aiming to increase return on investments, the demand for reliable and real-time data has been peaking rapidly in the Financial and Banking Industry. Remote Sensors, working supplementary to ground-based data collection methods enable traders to make ‘shorting’ or ‘longing’ decisions by providing them with valid and reliable data sets.

When remote sensing data compliments ground-based data and confirms that the air temperature at the ground level is less than 32℉, traders can positively presume that expected rainfall would increase crop supply, which would further implicate an increase in crop stock prices. Hence a decision of long buying stock would seem as a viable option for most financial traders in this instance.

RS Metrics revolutionised data provision by providing investors and businesses with sales relevant satellite images. Apart from Walmart, JCPenney Company Inc., an American Departmental store chain, also reaped the benefits of utilising satellite images of their parking lots that were provided by RSMetrics. Satellite images suggested that store traffic was rising in the months of April and May of 2015 and clients privy to this data could access it on a near real-time basis. This, in turn, boosted JCPenney’s shares by 10 % in a duration of just two days after the report was published. Click here to read more.

The financial industry is a product of the amalgamation of businesses in every other industry. From urban development to food production, shares are being traded through financial giants like Wall Street on a daily basis. ‘Weather derivatives’ is just one of the many implications remote sensing data have on hedge funds and financial institutions. Similarly, these satellite data are not solely isolated to the retail industry but can be extended to a wide array of markets. Now businesses can gain access to remote sensing data that suggest patterns in oil supplies, housing and urban planning, demographics and other variables that have strong economic impacts on the financial markets. Following this trend, the alternative data market is expected to double its worth from $200 million (in 2016) to $400 million by 2021 and is speculated to sustain this upward trend. (https://qz.com)

For more information on how remote sensing can benefit your industry, please contact us.

What is Remote Sensing?

Google Maps APIs and the

SkyMap Global at the Goo